Absolut has revealed the latest edition in its city-inspired vodka series, Absolut Chicago. The new entry is an olive and rosemary-flavored vodka geared toward Martinis, Bloody Marys and other cocktails. Absolut Chicago is packaged in a crowdsourced bottle design made in collaboration with the city’s Threadless organization, a community of more than 200,000 graphic designers and illustrators. The Chicago-themed vodka is the most recent release in a limited-edition series that has also included Absolut tributes to New Orleans, Brooklyn, Boston, Miami, Los Angeles and San Francisco.

Edrington Group single malt brand The Macallan has unveiled a new prestige Scotch whisky in the U.S. market, Macallan M. The luxury malt, retailing at $4,500 a bottle, is a non-age-stated, Oloroso Sherry cask-matured whisky. It’s packaged in a special case and bottled in an individually numbered Lalique crystal decanter, of which 1,750 are currently available globally. Macallan M was created to be the top expression in the malt’s luxury 1824 series.

A new line of “culinary” spirits is being introduced to the New York metro market this month through Empire Merchants. The Rave Review line of spirits includes 60-proof rum, brandy, blended Bourbon and blended hops entries retailing at $10 a 200-ml. bottle, with a 1-liter size available to the trade at $17.99. Additional flavors are planned for next year. The range was created in consultation with executive chefs, food scientists and other culinary experts to be ideal for culinary blending of flavors. 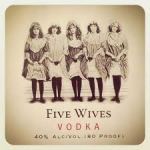 William Grant & Sons’ Glenfiddich single malt Scotch brand is launching a new limited edition Age of Discovery Bourbon Cask Reserve entry this fall. Created to celebrate the synergies between the American and Scotch whisky industries, Bourbon Cask Reserve is aged for 19 years in ex-Bourbon American oak barrels, marking the first time Glenfiddich has aged a whisky entirely in Bourbon casks. The 40%-abv offering is packaged in a blue box adorned with depictions of the Mississippi River and several landmarks, which serve as a nod to the casks’ journey from the U.S. to Scotland. Rolling out nationwide, the 2013 Age of Discovery Bourbon Cask Reserve is priced at $149.99 a bottle.

F. Korbel & Bros. has released its first new Korbel Brandy entry in more than a decade, Korbel 12. A limited edition entry, Korbel 12 is a handcrafted California brandy, distilled in a copper-lined still, aged for a minimum of 12 years and blended from select barrels. Just 1,800 six-bottle cases of the new offering will be available in key markets, priced at $39.99 a bottle. Korbel 12 joins the flagship Korbel California brandy, Korbel VSOP Gold Reserve and Korbel XS labels in the existing Korbel brandy portfolio.

Camus Cognac has released its new Family Legacy variant in the U.S. Created as a tribute to the Camus family’s five generations, Family Legacy is a blend of five crus from Grande Champagne, Petite Champage, Bon Bois, Fin Bois and the Borderies. Aged in French oak barrels, each of the crus are blended together in eight consecutive steps, from youngest to oldest, and then bottled at 40.8% abv. The specialty expression, which rolls out this month, will be available nationwide priced at $1,299 a bottle.