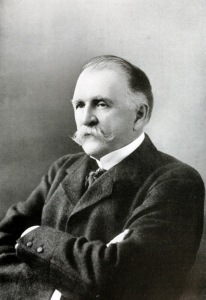 William Painter was inducted into the National Inventors Hall of Fame in 2006 for his patent on the Crown Cork bottle cap. To prevent beverages from being ruined he created a simplistic, economical and leakproof seal. Beyond the cap, Painter patented all the machinery that went along with the production of it while launching the Crown Cork and Seal Company in 1892. This bottle cap is currently universal for carbonated beverages in a glass bottle. Painter earned 85 patents in his lifetime.

On May 6, celebrate National Beverage Day by honoring William Painter, a great inventor whose problem-solving invention impacted the protection of our bottled beverages!