Lawrenceburg, Indiana-based MGP has announced the latest limited edition of George Remus Bourbon, set to launch in September. Remus Repeal Reserve Series IV is bottled at 50% abv and is made from two mashbills distilled in 2008. 77% of the blend is a Bourbon made with 21% rye; the remainder is a whiskey with 36% rye content. The new limited edition will retail for around $85 a 750-ml. and will begin rolling out in September, reaching full distribution by Repeal Day in early December.

San Diego, California’s Cutwater Spirits has launched Rum Mint Mojito, the latest addition to the company’s line of canned cocktails. The 5.9% abv offering is made using Cutwater’s white rum, cane sugar, mint, and soda water. The gluten-free drink is the 19th entry in Cutwater’s line of canned cocktails and is now available in California, New York, and Florida in 4-packs of 12-ounce cans for around $10.

Azulana, a canned sparkling Tequila cocktail, has expanded to a number of new markets, including Texas, Tennessee, Indiana, and Minnesota. The brand initially launched in Los Angeles last year and has since extended its range throughout Southern California. Produced in Guadalajara by Pure Azul Beverage Co., the 100%-blue agave cocktails are at 4.3% abv and come in Original, Lime, and Pineapple Rosemary flavors. Further additions to Azulana’s distribution territory are in the works for later this summer. 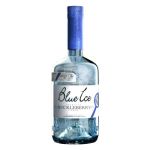 Rigby, Idaho-based Blue Ice Vodka has introduced a new flavored expression. Made with non-GMO Idaho potatoes and Idaho Mountain huckleberries, Blue Ice Huckleberry is bottled at 80 proof and contains 57 calories an ounce. The new offering joins Potato and Organic Wheat vodkas in the Blue Ice lineup, all of which are available in 29 states in 1-liter, 750-ml., and 50-ml. bottles.