Vermont-based Lawson’s Finest Liquids has introduced Little Sip IPA. Billed as a younger cousin to Lawson’s flagship Sip of Sunshine IPA, Little Sip is 6.2% abv brew with a similar hop-forward character to Sip of Sunshine, but with a slightly lower alcohol content. It’s rolling out in four-packs of 16-ounce cans in Vermont beginning June 29. The Lawson’s range also includes Knockout Blonde, Above the Clouds Golden Ale, Hopzilla Double IPA, and Scrag Mountain Pils, among others. 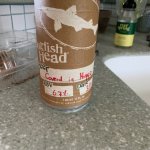 Dogfish Head is launching a new limited-edition lineup of 4-packs of 16-ounce cans. The first entry is called Covered In Nuggs, a 6.7% abv IPA, which is now available for curbside pickup at $16 a four-pack at its Dogfish emPourium location. Other forthcoming 16-ounce can releases will include Dogfish throwback brews like Chicory Stout, Indian Brown, and Raison D’Etre, as well as brewpub exclusives and collaboration beers. Meanwhile, the craft brewer plans to reopen its Brewings & Eats, Chesapeake & Maine, and Dogfish Inn locations on June 12.

Escondido, California-based Stone Brewing is releasing Stone Notorious P.O.G. Berliner Weisse. The beer was inspired by comedian Johah Ray when he collaborated with the brewery and drew from his childhood in Hawaii, where he drank “POG Juice,” a blend of passion fruit, orange, and guava juice. It is at 4.7% abv and will hit retail shelves the week of July 25, available nationwide for a limited time in 6-packs of 12-ounce cans, as well as 19.2-ounce cans and 22-ounce bottles.

Tempe, Arizona craft brewer Four Peaks Brewing Co. has partnered with The Joy Bus on a new beer. The Joy Bus is a program founded by restaurateur Jennifer Carraway that delivers meals to homebound cancer patients. Together the two companies collaborated on The Joy Bus RAD IPA, a west coast-style IPA brewed with Rakau, Azacca, and Dr. Rudi hops. Available now throughout Arizona at independent grocery and liquor stores, it is at 6% abv and a percentage of every bottle, 6-pack, and keg sold will be donated to The Joy Bus. Four Peaks distributes throughout the Southwest and Hawaii.