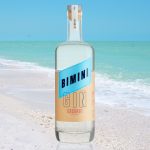 Biddeford, Maine’s Round Turn Distilling has launched Bimini Coconut, a new flavored gin. The 47% abv gin is made with juniper, grapefruit, and hops, before fat washing with coconut to naturally infuse the gin. Bimini Coconut is available in California, Maine, New York, and Massachusetts for around $35 a 750-ml. The new spirit sits alongside Bimini gin, Bimini Barrel Reserve No.-1, and Bimini Overproof in the distillery’s lineup.

Minnesota-based Phillips Distilling Co. announced the release of Douglas and Todd Small Batch Bourbon Cream Liqueur. As the name implies, the new product is made from the company’s Douglas and Todd Bourbon, aged a minimum of four years in new charred oak barrels, then blended with cream and vanilla bean flavors. It’s available now as a limited release retailing for $35 a 750-ml. at select retailers and coming soon to online sales. The Phillips Distilling portfolio also includes UV Vodka, Prairie Organic Spirits, and Revel Stoke Whiskies, among others.

Proximo Spirits has launched Bushmills 28-Year-Old Single Malt Cognac Cask, the first in the brand’s new Rare Casks series. The 46.7% abv whisky first aged in Bourbon and Oloroso Sherry casks for 11 years before spending an additional 17 years in Cognac casks. Fewer than 500 bottles of the whiskey will be available, exclusively in the U.S., for a suggested retail price of $500 a 750-ml.

Mystic, Connecticut’s Prima Barista has launched a new ready-to-drink hard coffee, made with vodka. The 12.5% abv drinks come in two flavors—Mocha Hard Iced Frappé and Vanilla Hard Iced Latte—and contain roughly the same amount of caffeine as a 1-ounce shot of espresso per 200-ml. bottle. Prima Barista’s coffee cocktails are now available in Florida and Indiana at retail for around $19-$20, and for direct shipping to over 30 states across the U.S.

Edrington-owned Highland Park single malt Scotch whisky has launched Cask Strength No.-1, the first release in its new cask-strength collection. This edition comes in at 63.3% abv and matured in Sherry-seasoned American oak casks for a range of years before blending and bottling. The non-chill-filtered whisky will be released yearly. Highland Park Cask Strength No.-1 retails for around $90 a 750-ml. and will be available online and in specialty retailers across the U.S.

Kahlúa is extending with a new Blonde Roast Style liqueur. Made with medium roast coffee and hints of caramel, toffee and citrus flavors, Kahlúa Blonde Roast Style is at 20% abv and suggested to be served with tonic or coconut water. Pernod Ricard-owned Kahlúa posted 6% growth in NABCA channels in the 12 months through June.

Dan Aykroyd and John Alexander’s Crystal Head vodka has launched Onyx, a new vodka distilled from Blue Agave. The new brand extension is bottled at 40% abv in an opaque black bottle. The agave for the spirit is sourced from a single farm in Mexico and the final product is bottled without additives or sweeteners. Crystal Head Onyx will retail for around $55 a 750-ml. and joins the brand’s original release, made from Canadian corn, and Aurora, made from English wheat, in the full-time lineup.

High West, part of the Constellation portfolio, has introduced two bottled whiskey cocktails, Barrel-Finished Manhattan and Barrel-Finished Old Fashioned. Both are made using a blend of Bourbon and rye, then finished in rye barrels. The Old Fashioned is at 43% abv, while the Manhattan is at 37% abv. Rolling out nationwide, High West’s new bottled cocktails retail at $50 a 750-ml. (containing 12 cocktails) and $30 a 375-ml.

Mount Gay Rum, part of the Rémy Cointreau portfolio, is launching a new limited edition, Master Blender Collection: The Port Cask Expression. Created by master blender Trudiann Branker, the new bottling is a blend of rums distilled in a traditional column still and aged for five years in Tawny Port casks, together with rums double distilled in a copper pot still and aged for 14 years in American whiskey casks and finished in Tawny Port casks for one year. Retailing at $175 a 750-ml., Mount Gay’s new luxury Port Cask expression is a cask-strength at 55% abv and is limited to 2,100 bottles in the U.S. 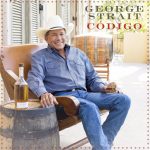 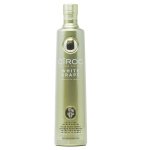 Diageo is bringing back Cîroc vodka’s White Grape expression for the holiday season. Five times distilled from French grapes, Cîroc White Grape is rolling out now. Cîroc slipped 9% to 1.4 million cases in the U.S. last year, according to Impact Databank, amid intense competition in the U.S. vodka category. In Diageo’s full fiscal year through June, the brand’s net sales fell by double-digits, with the decline partially offset by good results for limited-time offers like White Grape.

Minnesota’s Tattersall Distilling has launched a bottled Manhattan, made from 100% Minnesota grown rye, aged in charred American white oak barrels, and blended with Tattersall Italian-style liqueur, Sherry, and bitters. This is the distillery’s fourth ready-to-drink cocktail, joining Old Fashioned, Bootlegger, and Salty Dog. It retails at $35 a 750-ml. and carries an abv of 35%. The new entry will roll out first in Minnesota, with Wisconsin to follow shortly after. Tattersall’s portfolio is distributed to 30 states.

Whiskeysmith Co., a new line of flavored whiskies from Colorado-based Old Elk, has launched nationally via Southern Glazer’s Wine and Spirits. The line is launching with three flavors—Chocolate, Banana, and Pineapple—and all come in at 30% abv. Beverage director Melinda Maddox said the brand is aimed at home and on-premise mixology, and as a one-step home cocktail alternative. Whiskeysmith is now available across the U.S. and retails for between $25 and $30, depending on the market.

Brown-Forman has launched Woodford Reserve Baccarat Edition, a new ultra-limited luxury release from the American whiskey brand. The newcomer is bottled at 45.2% abv and, after its initial maturation in American oak, aged for an extra three years in ex-Cognac casks. The whiskey is bottled in a handmade crystal decanter from Baccarat that’s reminiscent of the standard Woodford bottle but engraved in gold with both Woodford’s and Baccarat’s logos. It’s now available in limited quantities for $2,000 a 750-ml. 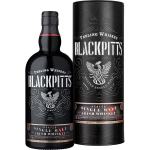 Teeling Irish whiskey has announced a new addition to the distillery’s portfolio, Blackpitts Peated Single Malt whiskey. The 46% abv whiskey is triple distilled and matured in a combination of ex-Bourbon and ex-Sauternes casks. According to managing director Jack Teeling, the smokiness of triple distilled peated whiskey is quite distinct; he described it as more like “barbecue-style smoke,” compared to the briny or medicinal peated whiskies of Islay, Scotland. Blackpitts Peated Single Malt whiskey will launch globally in January 2021, for a suggested price of $75 in the U.S. 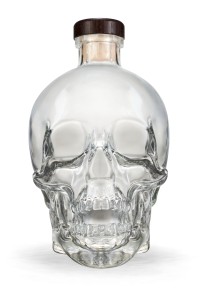 If you’ve seen the latest Indiana Jones film, you are at least familiar with the legend of the crystal skulls.  What you may not know is that the skulls are not ancient mystical talismans, but rather 19th century fabrications.  They are kind of like the Cardiff Giant of local New York State fame.  In spite of the evidence, Second City alum Dan Ackroyd based the bottle design of his vodka on these artifacts.

Crystal Head is made at a government-owned distillery in Newfoundland, Canada from corn grown in Ontario Canada.  It is then quadruple distilled and brought to proof with Newfoundland glacial water.  Finally, it is triple filtered through NYS Herkimer diamonds and another four times through other materials.

There’s no denying that the Crystal Head bottle is simply stunning and makes for a great piece of art.  However, though highly marketed and associated with veteran comedian Dan Ackroyd and eternal rockers The Rolling Stones, left me wanting more.

Crystal Head (80 proof)
Visual: Crystal.
Nose: Heavy minerality with just the slightest touch of wintergreen.
Taste: Very thin body with an almost smoked slate palate.  Initially, the flavor profile seems rather bland, but then distinct notes of peppery spices percolate around the mouth ending in an extremely crisp and dry finish.
Finish: Quite short with a heavy lingering of minerals.
Overall: I love the bottle, but the vodka doesn’t quite live up to its promise of other worldliness.  I honestly was expecting more, but it still is a decent vodka that will no doubt please those looking for simplicity.
GSN Rating: B