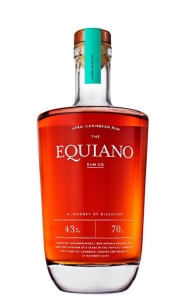 Often we hear stories of plight, treachery and overcoming adversity, but through turmoil it can shape a person, it can create beliefs, spread love and ultimately help others. None is more true than the defining journey of a man who stood for what he believed in – equality.

In 1745, Olaudah Equiano was born. His life began in Africa, but before reaching his teens, he was kidnapped and sold into slavery. Growing as a boy into a man, his experiences shaped him. During his early years he voyaged across the Atlantic Ocean to the Caribbean where he worked for many years. Eventually he crossed the seas once more and landed in the United Kingdom. Tenacious and determined, he traded in rum on the side, selling a puncheon of rum at a time. In just a matter of years he managed to save forty pounds, paving his way to liberation. Equiano was a free man.

Through trouble and strife, rose a brave man, an entrepreneur who overcame the odds. Not done with his achievements yet, he set out across the seas and penned his autobiography – The Interesting Narrative of the Life of Olaudah Equiano, or Gustavus Vassa, the African . His work and teachings meant he become one of the first published African writers in the UK and US. His descriptions of extreme hardships and desperate conditions are punctuated by his astonishment at new sights and experiences. Experiences that drove him to fight for others.

Equiano was a visionary, a freedom fighter, whose work changed history. As a writer and speaker, his powerful memoirs went on to inform the transatlantic slave trade act and impact the freedom of people all over the world. Freedom that many of us enjoy, but that many more are still fighting for, making his story as relevant to global conversation today as he was in the 1700’s.

Equiano Rum (86 proof)
Appearance: Gold.
Aroma: Fruity, with a lot of high notes of wood and caramel. Inviting and friendly on the nose.
Taste: A rich and somewhat woody entrance, leads to a lot of dark notes. Chocolate, coffee bean, burnt caramel, rum cake and toasted bread.
Finish: Dry, somewhat short and with a touch of tannic sharpness on the back palate.
Overall: A fine rum that deserves contemplative sipping.
GSN Rating: A-