Pasote Tequila has debuted new packaging across its whole line of agave spirits. The new bottles feature the brand’s name on colored labels with Aztec gods and warriors—a black label for Blanco, red for Reposado, and orange for Añejo—as well as a new white band across the bottles’ stoppers. While the bottles and labels have changed the liquid inside remains the same and is still produced from 100% estate grown blue agave. Pasote’s Blanco, Reposado, and Añejo offerings retail for $49-$69, and its Extra-Añejo sells for around $190. 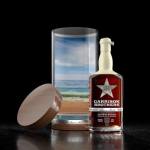 Austin, Texas-based Garrison Brothers Distillery will release Laguna Madre on May 8. The new, limited-edition Texas straight Bourbon is the most ambitious expression Garrison Brothers has produced, the result of four years of aging in white oak barrels followed by four years in French-imported Limousin oak barrels. Only 2,000 bottles will be available nationwide. Each bottle is housed in a display case framed by a photo of its namesake Gulf Coast waters and hand-signed and numbered by master distiller Donnis Todd. Laguna Madre is at 50.5% abv and will retail for $300 a bottle at the distillery and in select outlets nationwide.

Honkaku Spirits is debuting Takamine Whiskey in the U.S. market. Made at Japan’s Shinozaki Distillery, Takamine is an 8 year-old, 80-proof, 100% barley, koji-fermented whiskey. Koji (aspergillus oryzae) is a mold that grows on grains, breaking the starches into sugars which yeast can then convert into alcohol through fermentation. Koji has been used in Japan for more than 1,200 years to make sake as well as soy sauce, miso, shochu, and other familiar umami-laden Japanese products, according to the company. Aged in virgin American oak and ex-Bourbon casks, Takamine is rolling out now across 15 states, distributed by Winebow and retailing at $99 a 750-ml.

Pernod Ricard is innovating in the domestic vodka category, targeting the segment with a new brand called Smithworks. Made with corn from Kansas, Missouri and Oklahoma, and water from Lake Fort Smith in Arkansas, Smithworks is distilled three times and charcoal filtered. The new product retails at $19.99 a 750-ml., and is also available in 50-ml., 1-liter and 1.75-liter sizes.

Edrington Group has unveiled a new ultra-high-end expression of its Macallan single malt, a 65-year-old Scotch whisky bottled in Lalique crystal. The sixth and final release in the brand’s series of Lalique-bottled whiskies, Macallan’s 65-year-old is its oldest offering to date. Of 450 decanters released globally, 140 have been earmarked for the U.S., retailing at $35,000 apiece.

Campari America has added to Skyy Vodka’s Infusions flavor range with the launch of Honeycrisp Apple and Tropical Mango. The new Skyy flavors will be available beginning this spring in 50-ml. ($1.99), 750-ml. ($13.99), 1-liter ($16.99) and 1.75-ml. ($19.99) formats. Skyy Infusions also include Citrus, Coastal Cranberry, Texas Grapefruit and Pacific Blueberry, among others.

Sonoma’s 3 Badge Beverage Corp. (formerly The Other Guys) is adding to its fast-growing spirits portfolio with a new Tequila brand, Pasote. Including Blanco (retailing at $49), Reposado ($59) and Añejo ($69) Tequilas, Pasote is made from blue agave and distilled in copper pot stills. The brand, which is launching in select markets nationwide, is packaged in custom-made bottles, each of which displays a distinctive wave pattern in the glass.

Ireland’s Teeling Whiskey is launching 12 single barrel bottlings in the U.S. ahead of St. Patrick’s Day. The 12 individual casks of Teeling Irish single malt whiskey—matured in Bourbon barrels and finished in White Port barrels—have been hand-bottled for top American on- and off-premise accounts, including Total Wine, Binny’s, Liquor Barn, Argonaut Wine & Liquor, and the Bellagio and MGM casinos, among others. Teeling’s Single Barrel Series, imported by Young’s Market subsidiary Infinium Spirits, will retail at approximately $85 a bottle. 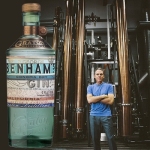 New Jersey-based importer Biggar & Leith, recently founded by William Grant and Proximo veteran Elwyn Gladstone, has unveiled its first product, Malfy GQDI Gin. Gladstone, who is developing a portfolio of premium European spirits at Biggar & Leith, says Malfy is the first Italian gin to be imported to the U.S., and is distinctive for its infusion of lemons from the Amalfi Coast. The 41% abv gin, which retails at $30 a 750-ml., will be distributed nationally starting this month. Malfy is distilled in Moncalieri, Italy, by the Vergnano family.