New York-based Davos Brands, importer and marketer of Ty Ku sake and Zyr vodka, has added a third super-premium brand to its portfolio, The Real McCoy Rum. Davos, which launched in July with Svedka vodka founder Guillaume Cuvelier serving as vice chairman, intends to develop The Real McCoy on a national basis. Produced at the Foursquare distillery in Barbados, The Real McCoy includes 3-year ($20 a 750-ml.), 5-year ($29) and 12-year ($45) aged rums. The brand was founded by filmmaker Bailey Pryor, whose work on a documentary about Prohibition-era rum runner Bill McCoy led him to try to recreate the bootlegger’s original offering.

Patrón Spirits Co. is extending its Patrón Citrónge orange liqueur line with the release of Citrónge Lime. The ultra-premium liqueur (35%-abv) is available nationally in 750-ml. and 1-liter cork-finished bottles and is meant to tap into the Margarita occasion. Citrónge Lime is created using Persian limes from the Mexican states of Veracruz, Michoacán and Colima. The original Citrónge was first introduced in 1992 and was up 1% last year in the U.S. market to 134,000 nine-liter cases. Patrón’s other liqueur offering XO Café was down 6% to 150,000 cases.

Beam Suntory this fall is releasing a limited edition Maker’s Mark Cask Strength Bourbon at its distillery in Loretto, Kentucky and at select on-premise locations across its home state of Kentucky. The uncut, unfiltered offering, which is barreled at about 108-114 proof, will be available for $39.99 a 375 ml.

Campari America is bringing back its Bourbon/rye hybrid Wild Turkey Forgiven due to popular demand. Originally released last year as a “happy accident” limited edition that resulted from an unintentional mixing of rye and Bourbon whiskies, Forgiven exceeded expectations in its debut, and is now returning in the same blend of 78% 6-year-old Bourbon and 22% 4-year-old rye whiskey, bottled at 91 proof and retailing at $50 a bottle.

Beam Suntory has debuted a new flavor extension to its Pinnacle vodka brand, CranApple. A blend of cranberries and green apples, the new entry is 70-proof, geared toward fall cocktails and retails at $12.99 a 750-ml. bottle in line with the core brand. 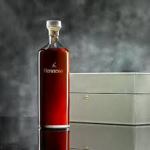 Hennessy Cognac has unveiled plans to release its luxury Edition Particuliere label in the U.S. next month. Rolling out stateside on October 15, Edition Particuliere is made with a blend featuring hand-selected eaux-de-vie from more than 100 years ago. The limited edition offering is poured into a Baccarat crystal bottle, then packaged in a hand-made leather gift box. Just 29 bottles of Hennessy Edition Particuliere will be available worldwide, with 11 bottles reserved for the U.S. market, priced at $27,000 each.

Campari America’s Espolòn Tequila has extended its super-premium range with the U.S. launch of Espolòn Bourbon Barrel-Finished Añejo. A 100%-agave Tequila aged in white oak, Espolòn Añejo is finished for two to three months in charred American Bourbon barrels. The 40%-abv entry marks the third expression in Espolòn’s U.S. lineup, joining the brand’s Blanco and Reposado entries (both $25.99 a 750-ml). Espolòn Bourbon Barrel-Finished Añejo will be available nationwide, priced at $34.99 a bottle.

Anchor Distilling Company is releasing a second edition of The Glenrothes 1992 Vintage Single Malt Whiskey to the U.S. market this October. The latest edition is bottled at 44.3% abv and was aged 10 years longer than the first release of the liquid from 2004, resting in a mixture of refilled Sherry butts and American Bourbon casks. The 1992 vintage will be available through Anchor Distilling at $249.99 a bottle.

Louisville-based Michter’s Distillery has debuted a new limited-edition American whiskey, US*1 Toasted Barrel Finish Bourbon. The new offering, which retails at $48 a 750-ml., first undergoes normal barrel-aging to full maturation before being finished in barrels that have been toasted for a precise length of time—but not charred like typical Bourbon barrels. Like Michter’s original US*1 Bourbon, the limited Toasted Barrel Finish expression is 91.4 proof. 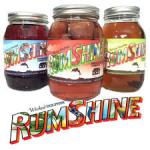 Florida-based craft distiller Cape Spirits Inc. is introducing a new line of spirits under the label Wicked Dolphin’s RumShine. Made with Florida sugar cane, RumShine comes in three flavors—Apple Pie (70 proof), Strawberry (100 proof) and Blueberry (100 proof)—and is available now for about $19.99 through RNDC in its home state, with a national rollout planned for January 2015. Cape Spirits also makes Wicked Dolphin rum, which it extended earlier this year with a spiced offering ($25.99). 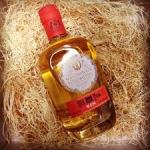 Brooklyn-based Greenhook Ginsmiths is releasing a new Old Tom gin into select markets this fall. Rolling out across New York, New Jersey and Connecticut this month, with entry into Washington, D.C. and Boston to follow in November, the new offering is inspired by the historic Old Tom gin style popular during the 18th and 19th centuries. Greenhook Ginsmiths’ Old Tom is made with a base of pot-distilled grain, as well as juniper and other spices, and is aged for 12 months in ex-Bourbon casks and finished in Oloroso Sherry barrels. Roughly 1,800 (six-bottle) cases of the 50%-abv offering will initially be available, priced at $29 a 375-ml. and $44.99 a 750-ml. Old Tom is the third gin expression in the Greenhook Ginsmiths portfolio, joining its Beach Plum gin liqueur, English Sloe gin and core American dry expression, the latter of which has grown between 60%-70% this year, to around 7,500 (six-bottle) cases, according to Greenhook Ginsmiths founder Steven DeAngelo.

Upstate New York’s Cooperstown Distillery has launched a new Classic American Whiskey, retailing at $45.99 and bottled in a baseball-shaped decanter, linking it with Cooperstown’s heritage as site of the baseball Hall of Fame. Distributed throughout the northern tier of New York state, the Classic American Whiskey will be presented in a wooden gift box through the holidays. Cooperstown Distillery’s other labels include Beanball Bourbon, Abner Doubleday’s Double Play Vodka, Glimmerglass vodka, Fenimore Gin, Pinchhitter Rum and Sam Smith’s Boatyard Rum.

Diageo is taking Baileys upscale with a new extension, Chocolat Luxe, that’s hitting Western Europe this fall. Including 30 grams of Belgian chocolate per bottle, the new entry has a slightly lower abv than the original Baileys and will sell for £17 ($26) a 50-cl. bottle in the U.K. A Diageo spokesperson told SND there are no plans as yet to roll out Chocolat Luxe in the U.S.

Lucas Bols has expanded distribution of its Bols Yogurt Liqueur nationwide. Bols has positioned the product (priced at $17.99 a 750-ml.) for consumption on its own or mixed with fresh fruits, fruit juices, soft drinks and other spirits, adding that it differs from other cream-based liqueurs in that it doesn’t curd when mixed with such ingredients. The yogurt liqueur was previously only available in Florida, California and Illinois.

Montalvo Spirits Inc. has added Broken Heart gin to its U.S. distribution portfolio. Produced in Queenstown, New Zealand, Broken Heart is billed as a handcrafted, high-quality gin made with a blend of 11 botanicals. The new offering, which is currently awaiting label approval by the U.S. Tax and Trade Bureau, is slated to roll out in New York, California and Florida later this year.

Campari-owned Wild Turkey has released Forgiven, a limited edition blend of small batch Bourbon and high-proof rye whiskey. The 91-proof offering was created by accident, when a distillery crew member mistakenly combined the two liquids. The blend is 78% (6-year-old) Bourbon and 22% (4-year-old) rye. Wild Turkey Forgiven is currently rolling out in limited quantities, retailing at $49.99 a 750-ml.

Diageo is extending Baileys with a new flavor entry, Vanilla Cinnamon, to roll out September 1. The new offering is 17% abv and will retail in line with the core brand at $21 a 750-ml. bottle. Made with Madagascar vanilla and cinnamon and billed as a “modern twist on classic Irish cream,” Baileys Vanilla Cinnamon is designed to have a lighter colored liquid and lighter mouthfeel. Diageo recommends serving it neat, on the rocks, in coffee, or in concoctions like the ”Baileys Glamour Shot,” in which it’s mixed with cinnamon schnapps.